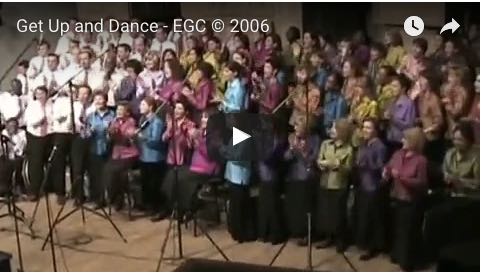 This video montage was put together by Paul Baker in janvier 2006, using (as voice track) the live CD recording of “Get Up and Dance”, by Emmanuel Gospel Choir of Rueil-Malmaison.

The film clips are from rehearsal at Emmanuel International Church, plus rehearsal and live concerts at the Conservatoire National de Région à Rueil.

The song was composed by Jean-Pierre ALGARRA et Scott SONTAG, then arranged for choir by Emmanuel GYAN.